Courgette Flowers (2021) is part of a larger research project about women’s labour in contemporary Italy, 'The most essential work', which started at the end of 2019. In the video we hear and read four voices telling bits of their stories: these are workers, women, sometimes mothers, and often constant carers inside and outside the domestic walls. They are often underpaid and underappreciated, and yet they do that kind of work we could not live without. The first step were the phone interviews, initially collected as primary research and not as an element that would feed into a final video piece. Then, while engaging with academic and critical research, I started experimenting on how to depict domestic and emotional work. Later on, while staying in a locked-down Italy, I found myself contemplating the only outside view I had: laundry peacefully hanging from neighbours' balconies. Courgette Flowers is the sum of personal stories, countless rewrites, and trying to adapt to the circumstances.

Born and raised in Italy, Susanna Fasciolo migrated to London in her 20s where she studied film and the subtle art of serving hipsters their coffees. She moved to Rotterdam to make and ingest more art. She makes films, with a tendency to talk about real people, places and stories she has a connection with. She makes photographs, using both digital and different forms of analog. She uses the still image to narrate a story and as a starting point for visual and material experimentation. In her work she combine initial intuitions, instinct and needs with conscious and critical research. 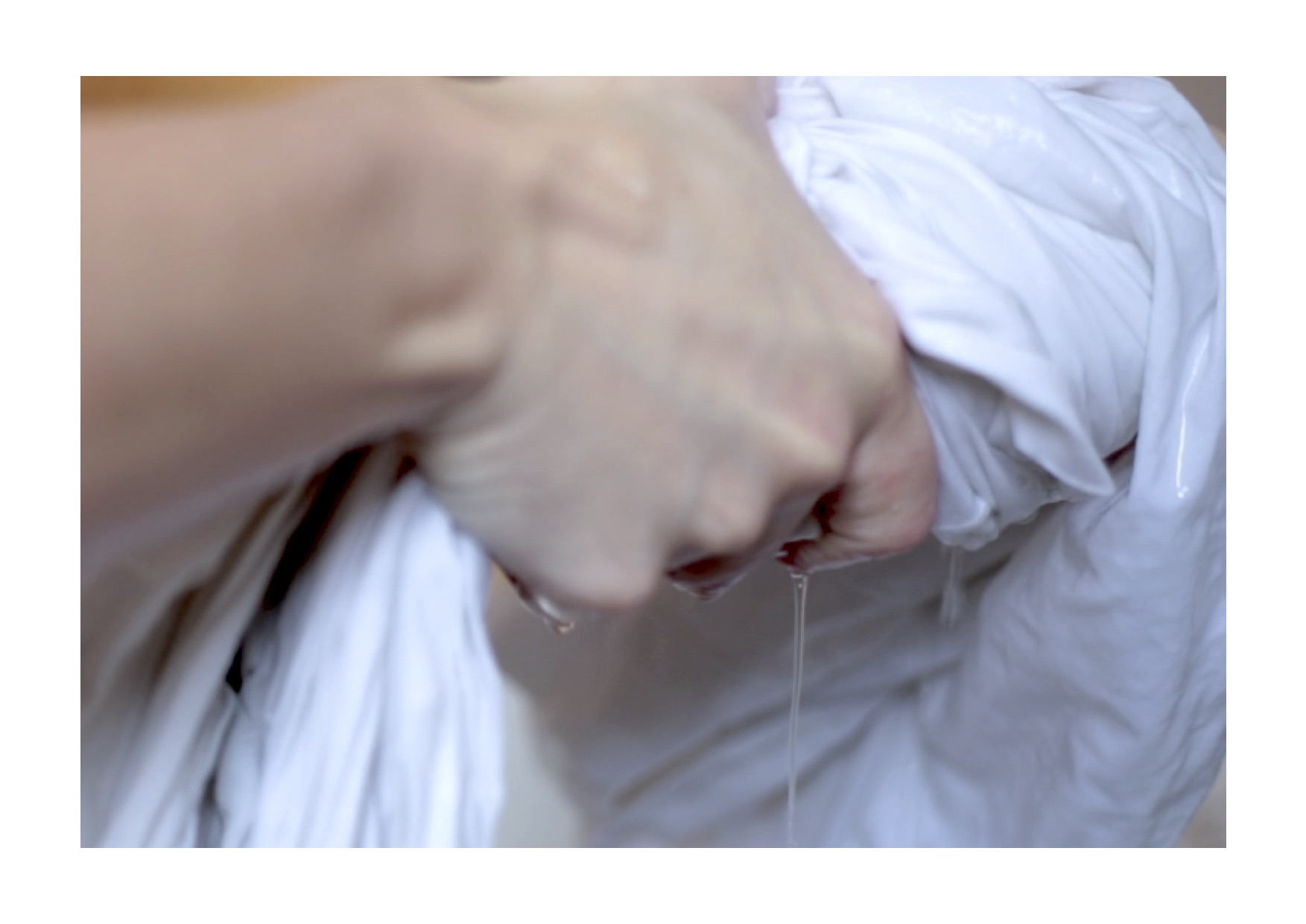